Why Pictures Sell Products Not Words 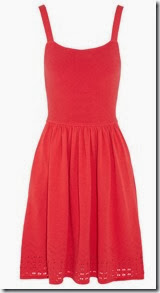 From my days in fashion online, and running photo-shoots, I learnt several things, not the least of which (understatement) was that a picture will sell a product first and foremost.  The words come second.  Most people only bother to read the words if the picture has ‘got’ them.  Think of 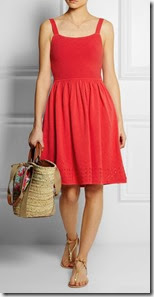 the picture as the page headline in terms of effect and it makes more sense.  In the same way a poorly shot picture can put people off instantly.

There’s so much competition now to sell products, particularly fashion, off the screen, and it doesn’t matter what the product is, if you’re not attracted by the picture you won’t bother to go  any further.

Some brands and even large department stores seem to think they can get away with just stills shots or just model shots but if you want to shift volume you simply can’t any more.  Nor will you sell if the styling is off.  Styling has to match both the product and the demographic of the brand’s median purchaser but even so heavy or frumpy accessories such as footwear (for example) will put off potential buyers whatever the demographic is supposed to be.

We’re in a feeding frenzy for more and more fashion online.  And photography and styling are expensive, they were when I was doing it, they’re even more so now even with the racked-up number of shots per day (same back

There’s a formula for great product photography and you don’t need to look further than online  stores such as Net-a-Porter or Harrods (or Karen Millen or Reiss) to see what it is.  You may be selling products for an older or younger (or less cash rich) customer, but that doesn’t mean your pictures need to reflect that to the extent that you put everyone else off – after all surely the wider the audience attracted to your products the better?

For those who aren’t looking at what the competition are doing, I suggest that you do, then you can stop wondering why that coat/dress/jacket/pair of jeans didn’t sell.  All will become clear in a flash.
Posted by Patricia Davidson at 02:19