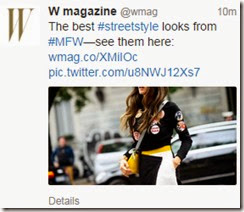 I have to admit that having been one of the very first to be asked to talk about Twitter on BBC Breakfast (Plane, Hudson River, Social Media etc), not knowing much but being a quick learner, I haven’t paid enough attention to it until recently and particularly hashtag etiquette.  That’s not to say I was doing the wrong thing, I wasn’t using them enough.

I always look at my recent followers to see who I want to follow back (rather than following everyone) and sometimes at their tweets.  Twitter has become a virtual market place, and the mix is extremely important, of conversations, re-tweets, responses, humour, interesting facts and news, and marketing.  Some concentrate only on the latter, not realising that that’s not the way to make it work properly, and others send out endless quotes.  I’m not sure what this achieves, particularly if they’re buffered and just pop up every hour.

Anyway on to the # hashtag, one of the most useful Twitter tools.  Think of them as identifying words or phrases in search, in twitter prefixed by a #, which group tweets together.  As soon as you use one you’ll see if it’s being used by others, or you can create your own.  You can use a hashtag in the middle of a sentence or at the end of your tweet.  It’s all up to you.

Use hashtags to identify words that others may pick up on, or occasions such as #MFW (Milan Fashion Week) as W Magazine (@wmag) has done above.  Click on the hashtag and you’ll see who else is using it and what they’re saying.

Manners – I’m totally against swearing on Twitter.  So many do.  Don’t take it to the next level and use a swear word in a hashtag, please.

Relevance – Hashtags should be relevant to what you’re tweeting about, otherwise they’re quite simply spam and being used by people who want to get on to a trending list.

Overuse – you may like a particular hashtag, but don’t use it too often.  It gets boring and will make people switch off.  Again it can become spammy.

Hashtag Stuffing – in the same way that keyword stuffing is not acceptable, neither is hashtag stuffing, in other words, filling your tweet up with them.  I sometimes use two or three to make a statement about what I’m doing or where I am but that’s all.  They’re there for emphasis and to make you easier to find, not as a short cut.

Some seriously do not understand that hashtag stuffed tweets a) won’t get read, b) are impossible to read and c) are boring…..

Short and sweet is best.  Keep your hashtags short, meaningful and relevant. No hasthtag sentences needed.

So now you know:  The word ‘Hashtag’ was added to the Oxford English Dictionary in June 2014.

More about hashtags
Posted by Patricia Davidson at 06:34