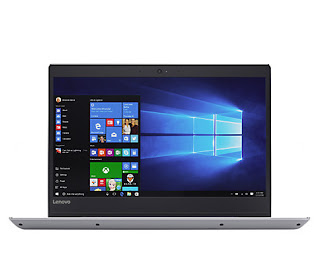 Just to put you in the picture; I do a lot of travelling, I always carry my laptop with me and the two computers/laptops I used the most at home and travelling both managed to crash irretrievably at roughly the same time.  As a tech addict this appeared to be a disaster.

My PC was eleven years old and I took the view that although I liked the large monitor there was no point in replacing it when I wan't there to use it.  I already had a Surface Pro 3 which I could use as my laptop although in the real sense, it isn't.  Surface Pros are fast and convertible but I didn't like the keyboard you could use as a cover and so that means a separate keyboard if I want to use it as a laptop.

So I decided to replace my PC with a laptop, and in due course I'll buy a large monitor to plug it into using the HDMI or Thunderbolt port when I'm staying in one place for any length of time.

It was off to John Lewis to look at what they recommended and I have to say that they were so much more helpful than PC World it was a whole different experience.  They were, for the laptop I purchased, also quite a bit less expensive.

My requirements were simple - I wanted a proper laptop, it had to be lightweight, have at least Core i5 and 8GB Ram plus SSD and a 14'' screen.  It didn't take me long to settle on the Lenovo Ideapad 520s. 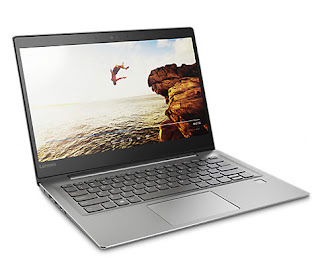 This is an excellent workhorse laptop you can take anywhere with you.  It looks nice, It is very lightweight, and I'm happy with the keyboard although it isn't quite as tactile as my old HP.  As I don't like a trackpad mouse I've attached a small wireless optical mouse to it with a mini USB.  There are two USB ports, one on each side, the aforementioned HDMI port, Thunderbolt port and headphone/speaker port so there's plenty for most people to work with. 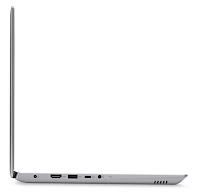 I particularly like the thumbprint login which is extremely fast, and the sound which is better than expected, you don't really need to plug in external speakers unless you really want to make a huge amount of noise.

I use my Lenovo Idea pad for basic Office applications, web browsing, streaming TV shows, photoshop and more, so nothing out of the ordinary.  I've had it for about four weeks and so far I can't fault it other than the battery life which is not as good as I'd hoped.

I'd also say that if you want to travel with yours to the US you need to get a proper UK to US adapter with grounded pin as the charging block is also the wall plug, this makes plugging into something off the ground with a normal US adapter not as stable as it should be.

If you're in the market for a well designed laptop this could well be the one, not as expensive as so many others, but including features you'll find on splashier laptops.

Did I mention it folds out flat?  I haven't worked out a use for that yet I have to admit.
Posted by Patricia Davidson at 10:55