What is SSD - and why do I want my next PC or Laptop to have it? 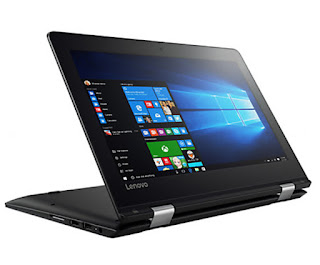 Recently I wrote about my new Lenovo Ideapad 520s which I bought when my 11 year old PC died.  Talking to a tech geek just before my PC crashed for the last time he said to me 'whatever you do don't buy a new laptop or desktop without SSD'.  I didn't comment as I really didn't know what he was talking about. However when I looked for the specs for my new laptop I made SSD one of them.

Read my review of the Lenovo Ideapad 520s

The difference:  Solid State Drives (SSD) and Hard Disc Drives (HDD) are the two types of storage on offer for your PC or laptop.  SSD stores data on microchips using flash memory, whereas HDD uses a mechanical head with a read/write arm.  HDD has been the only option for a very long time until the emergence of SSD.  SSD is called that because nothing physically moves, so it is 'solid state'.

Initially solid state drives were much more expensive than the traditional hard disc drive which put off a lot of people, however prices have now come down to the level that you can find similar laptops and desktops with SSD or HDD and more and more have SSD as standard.  Be certain, however, that you aren't fooled by the price - increased SSD storage will cost you more.

Here are the main reasons you probably should go down this route:

1.   SSD devices are much, much quicker than hard disc drives, to boot up and for use in general.

2.   Solid State drives tend to be more durable, because there are no moving parts to wear out.

3.   SSD laptops tend to be smaller and lighter than the alternative,  because the drives themselves are lighter - making that laptop you want to take with you everywhere much more portable.

The only drawback with SSD is that if you want a really good storage capacity you will have to pay more than for the equivalent HDD, so it really depends on how you use your laptop/PC.  Buy the most storage you can afford.

Overall SSD has to be the way to go unless you are storing huge amounts of data/files.  Once you've experienced the comparative increase in speed you won't look back....

Posted by Patricia Davidson at 09:40

Email ThisBlogThis!Share to TwitterShare to FacebookShare to Pinterest
Labels: Tech Tips, What is a Solid State Drive, What is SSD